I have never been one to celebrate Valentine’s Day. I did as a kid in grade school, exchanging Valentines with classmates, but as I grew up I my desire dwindled. As my cynicism grew along came a dislike for such a “fake” holiday, one driven my Hallmark and florists alike.

It is a fake holiday.

You don’t need a holiday to say “I love you.”

But that doesn’t mean you can’t have a holiday to celebrate love. Yes, Valentine’s Day is a commercial holiday driven by huge expectations and the one emotion that motivates everyone. But what holiday isn’t commercial in today’s society? Holiday decorations appear on shelves months before hand. Billions of dollars are spent in preparation for a single day.

The one thing most people want out of life is to be happy. If celebrating Valentine’s makes someone happy, who are you to ruin that for them? I’ve said it before: don’t be the asshole in someone else’s story. Nobody likes those characters. Most of them could do with a good punch in the nose.

Don’t feel like you have to do something for Valentine’s Day because “it’s expected of you.” If it’s expected of you because the calendar says so then you should take a serious look at whatever relationship you’re trying to cultivate. I’m not saying you shouldn’t celebrate because it’s there, but you shouldn’t just because it’s on a calendar. Celebrating Valentine’s Day as a couple should just that, a decision made as a couple. Communication is key in anything. If you don’t talk about what you expect of Valentine’s Day then don’t be surprised by what you may or may not receive.

Another note about expectations. Valentine’s Day is not a woman’s holiday. It is a celebration of love. If you, as a woman, are expecting your man, or any man for that matter, to go the extra mile for you then you had better be prepared to reciprocate in kind. It’s not about “It’s Valentine’s Day so he had better get me something special.” That’s not love. That’s being self centered.

Personally I don’t celebrate Valentine’s Day that often. It depends on the circumstances. 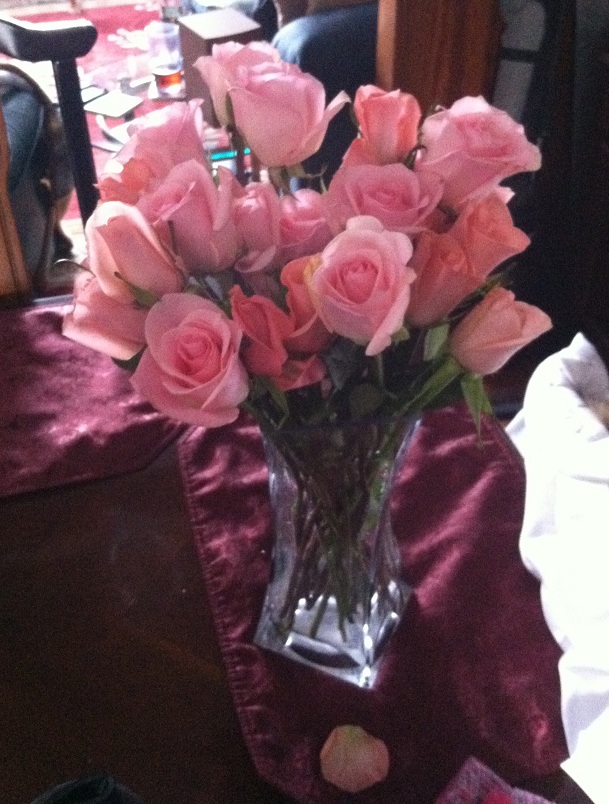 That doesn’t stop me from taking advantage of it to celebrate someone either.
(Or from buying discount Sweet Tart Hearts)